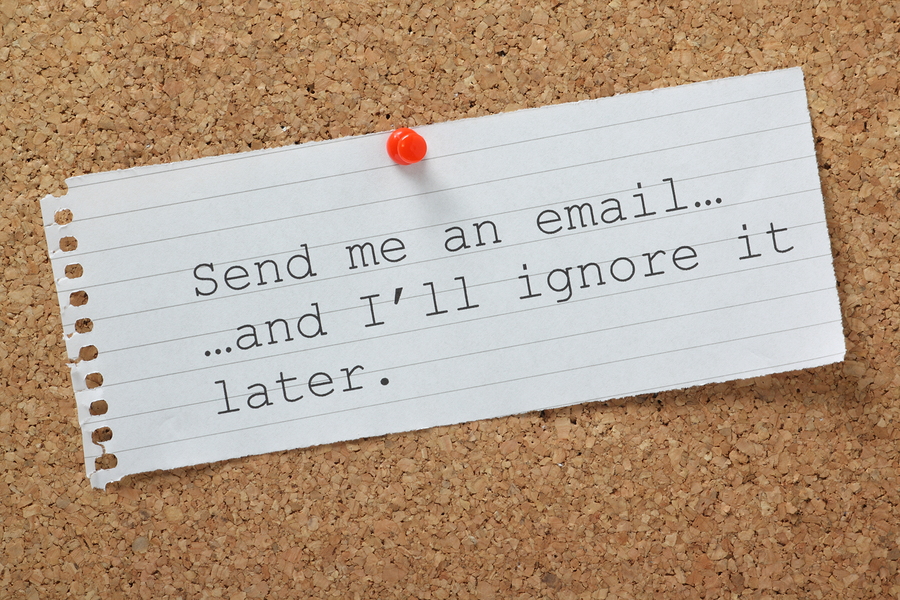 Yeah, we said it. Here are five, all too common ways that plain text emails are bringing your sales down. The good news? Video helps turn them around.

You can only say so much about yourself in an email. Words limit our ability to not only convey, but interpret emotions. In fact, studies show that over half of emails are misinterpreted. This means there have been times where you’ve come off in a way that you didn’t intend to. From a sales perspective, this can be detrimental. When selling becomes less emotional, and all about logic and facts, the connection is less personal and thus diminished.

Solution: Video is better than a phone call because it allows you to express yourself verbally and physically. Yes, body language is still important. Show that you mean what you say.

Cold calling is the more personal attempt to reach out, but can be awkward and end in a harsh hang up, bruising your ego. It’s easier to say “no” when you don’t know the person on the other end of the line or email chain.

Solution: Video is a much better alternative, letting you introduce yourself and make your point, without interruption. Your prospect can puts a face to the name, and it shows rather than tells others about you. A visual along with a voice makes you more likeable and proves that you’re not a robot. Nobody wants to be a robot.

You’ve been in that frustrating situation with a client where after a confusing email exchange, it’s just easier to explain verbally. And to add to that, you’re playing phone tag and it’s getting you nowhere.

Solution: An easy and instant medium to explain yourself, videos can be watched on a person’s own time, as many times as they want. If they still still have questions, they can shoot you a video back as well (hello, new video reply feature). Problem solved.

Have you ever liked someone just by the sound of their voice? It’s the intonations, cadence and emotion that bring a name to life. You can tell if someone is interested or not, which is why phone calls have traditionally been the base of selling. Buyers like to know and trust who they’re buying from. With so many missed calls and connections, it’s hard to keep up.

Solution: Sending a video of yourself keeps the conversation stimulating and dynamic, helping you foster trust and maintain a solid relationship– which will ultimately get you that deal.

With our inboxes flooding on the daily, it’s easy for messages to go unnoticed or have delayed replies, holding up the sales cycles.

Solution: If you can’t meet in person or talk on the phone, video is the next best thing. It speeds up communication. OneMob has proven to shorten the sales cycle by increasing response rates tenfold.

The way we consume media is becoming less text based and more visual. We’d rather watch the news than read the paper, send a snapchat over a text and chat via video rather than phone. So it’s only natural that our business practices align with our personal ones. But before any of these innovations, (even writing) communication was done in person. In an increasingly global and digital age, this is no longer as possible. Video is the next best way to maintain personal connections. Using OneMob can help professionals connect, build trust and ultimately make better sales. You’re not a robot, so don’t sell like one.